Last week we kicked off our initiative to vaccinate Japan’s startup ecosystem. Over the next month, we aim to inoculate 25,000 people across about 1,100 companies. This is a herculean task that is coming together thanks to the tremendous efforts of not only my team, but also our portfolio company CAPS Clinic and the many volunteers supporting this project. It was truly heartwarming to see so many people spring to action within a matter of weeks, and to finally see hundreds of people lined up excited to receive their jabs.

When the government announced that they would launch a workplace vaccination program, many, including possibly the government, assumed that small companies would not be able to organize so quickly to form a large enough group, secure medical personnel, and arrange a venue.

With a strong sense of community among our startups, a portfolio company that manages a chain of clinics, and an LP that happens to be one of the largest real estate companies in Japan, we quickly realized that we could meet these requirements. We had 1,800 people sign up just 48 hours after a founder asked whether we could pull it off. And under my teammate Miyako’s leadership, we coordinated with CAPs Clinic and Mitsubishi Estate to plan the complex logistics of vaccinating thousands of people. In parallel, we also opened up applications for other VCs to join the program, quickly expanding our scope to about 25,000 people within days. In order to ensure that our application for vaccines would be approved, there was more to be done. As the program was initially targeting large companies, we felt it imperative to get as much press coverage as possible to demonstrate that well organized groups of small companies could also be a part of this mass vaccination effort. We were fortunate to be featured in many of the major television networks, including NHK, Fuji Television, Nippon TV, as well as major foreign outlets such as Bloomberg and Reuters. Our hope is that widespread coverage can set an example for other small business organizations, paving the way for more to mobilize and get approved.

Since launching the workplace vaccination program, Japan’s daily vaccinations have jumped to about 1 million per day. According to the Prime Minister’s Office, the government has received nearly 4,000 applications covering more than 15 million employees. This is a tremendous accomplishment considering that just a month ago, much of the widespread sentiment was that Japan was moving too slowly. What is important now is that employees at smaller firms do not get left behind. We need continued initiatives to get as many people vaccinated as quickly as possible. Together, through science, human ingenuity, and close collaboration, we will prevail.

Thank you again to CAPS Clinic, Mitsubishi Estate, partnering VCs, and all the volunteers working together to make this project a great success. This project, which affects the lives of thousands of people, would not have been possible without you. 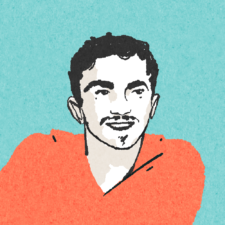 On May 21st, the Nikkei ran an article leaking that SmartHR has closed on a Series D round of JPY 12.5 billion (~$114 million) at a valuation of JPY 170 billion (~$1.6 billion). As these financing rounds have to be filed with the government, it is hard to keep them a secret. So the...
END_OF_DOCUMENT_TOKEN_TO_BE_REPLACED Announcing our Investment in Graffer and Digital Government

We’re proud to announce that we have led a JPY 1.2 billion (~$11m) round into Graffer, bringing our total investment into the company to JPY 1.7 billion. We invested almost the entirety of this round, and the company is now our largest investment after SmartHR. This is one of those rare companies that we...
END_OF_DOCUMENT_TOKEN_TO_BE_REPLACED Announcing our Investment in Kaminashi and the Deskless Workforce

We’re excited to announce that we’ve co-led a JPY 1.1 billion (~$10.3m) Series A into Kaminashi with our friends at ALL STAR SaaS Fund. Since seeding Kaminashi in 2017, we’ve gotten to know the team, market, and opportunity well, and have built enough conviction to 8x our previous investment into the company. Kaminashi provides...
END_OF_DOCUMENT_TOKEN_TO_BE_REPLACED
Load More